To be seen on ServusTV every sunday at 20.15 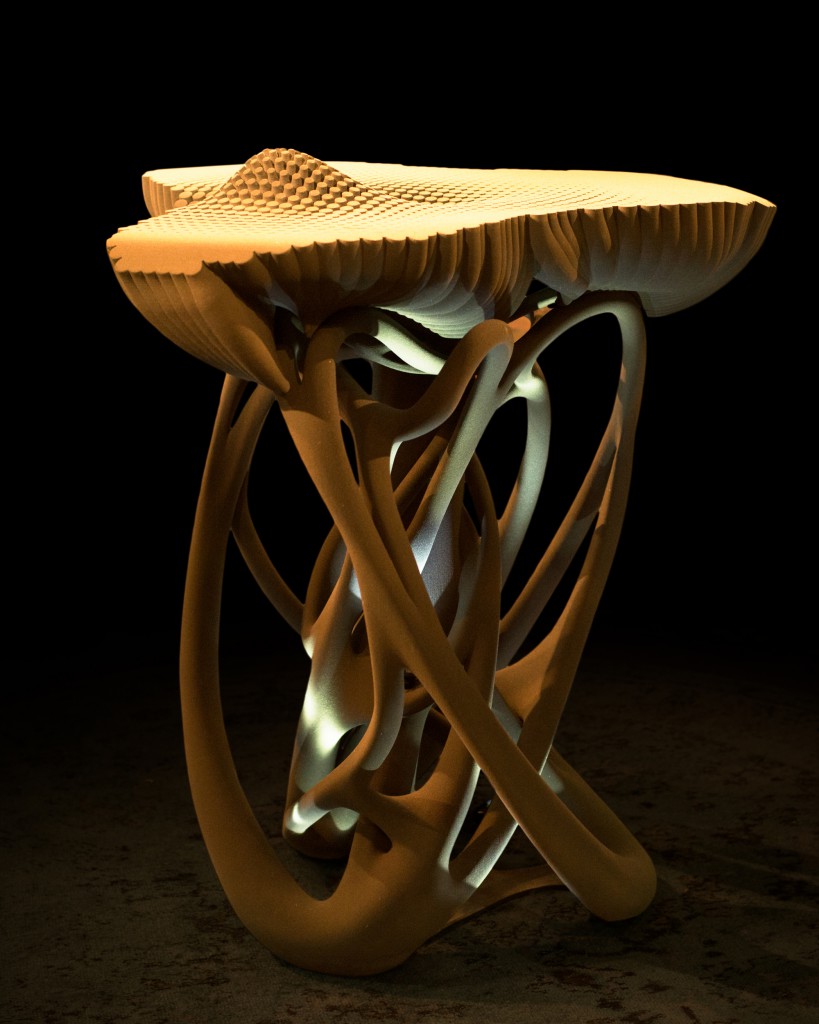 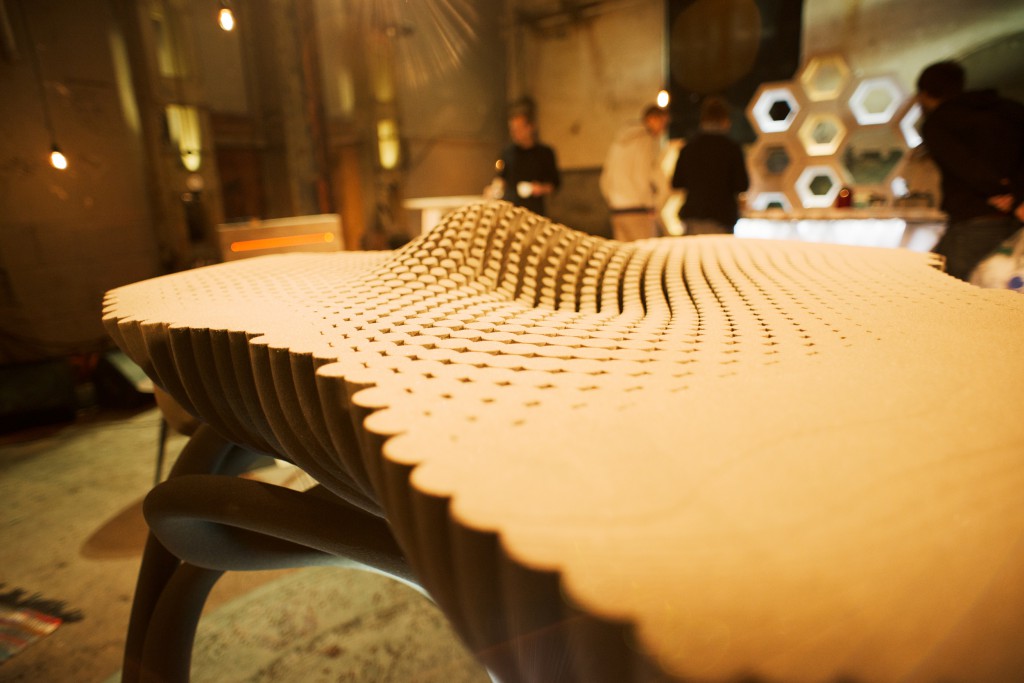 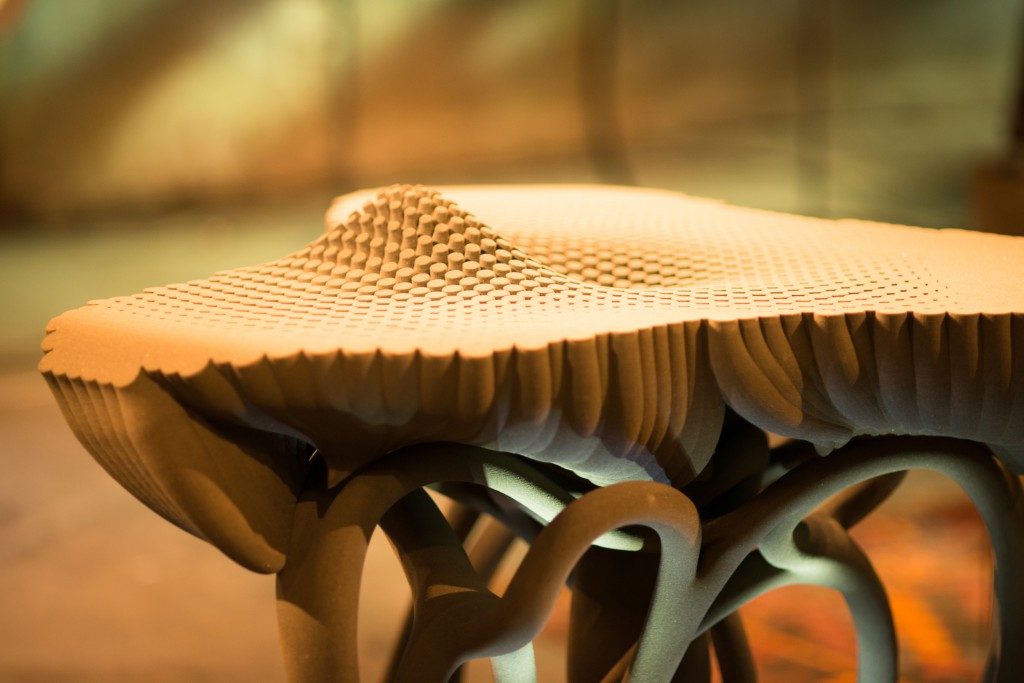 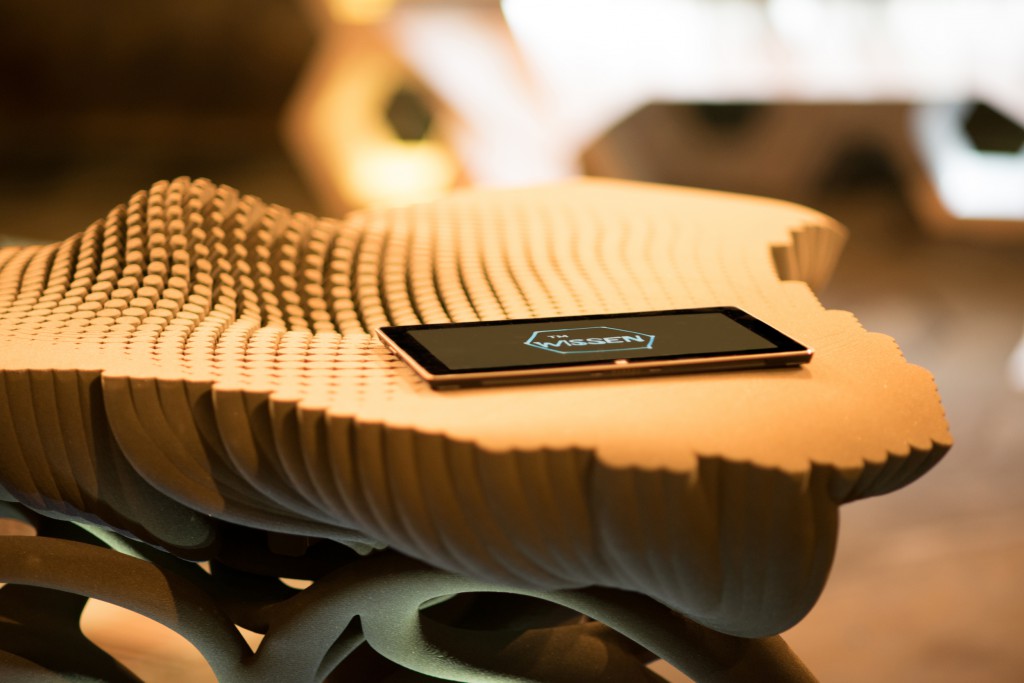 We would like to thank ExOne for their great support, and IDP Architektur who designed the studio.

A closeup of the Tellus Surface(more images will follow soon): 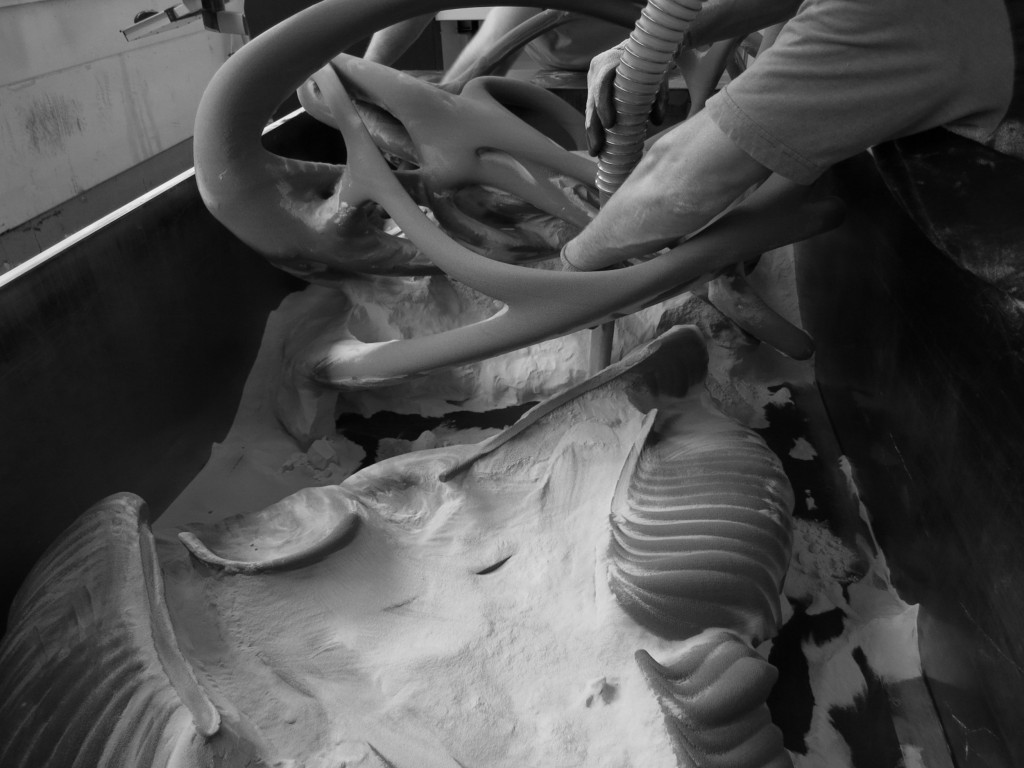 Sand falls up in time and aggregates in a stream of viscous drops.
Algorithms control the flux into continuous loops of consistent matter.
Spatial fields of strings merge and bloom into a human scale interface.
Inherent coherence follows the rules of a self-stabilizing process while
resisting any redundancy. The vague as an expression of precise digital
craft. A machine manifests the data without tolerances in a haptic
reality. Those realities are allowed to be unique.”

Meta-text:
“Tellus” is the first figure in a series of unique realizations designed
and produced by Madame Mohr.
The layout of the human scale structure is based on a face to face
communication between three moderators. Commissioned by a scientific
magazine, its form originates from a quaternion algorithm, creating a
continuously flowing and structurally stable system.
The top surface modulates over convex and concave areas as well as
specifically defined flat regions for the moderators’ positions. The
dissolved pattern structure of the top surface reflects and emphasizes
the algorithmic design approach.
The entirely 3D printed structure fits exactly in one cubic meter and
is assembled from two pieces. You can see “Tellus” in person at a taping
of “TM Wissen”, or on TV when the show airs on Austrain “Servus TV”.